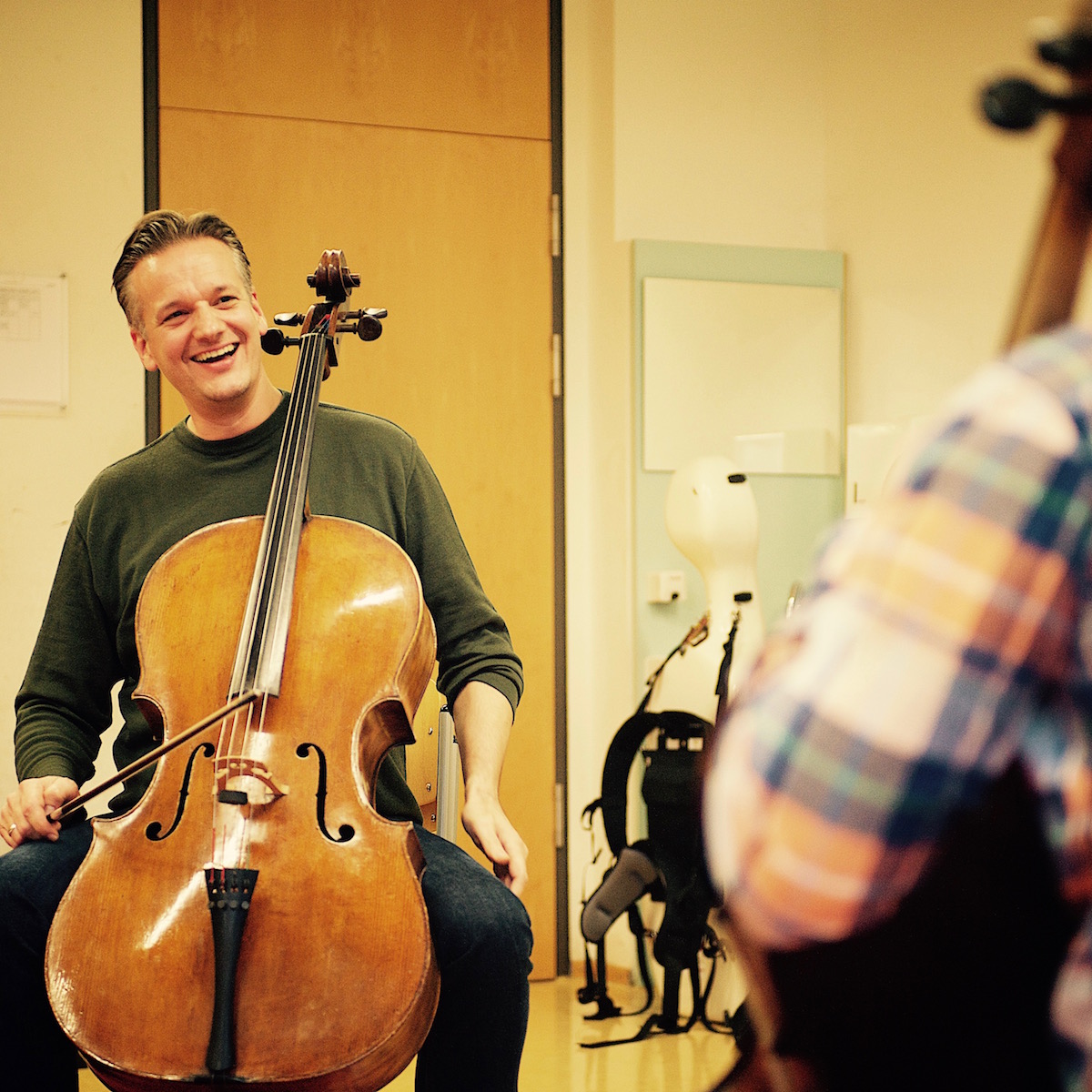 Jens Peter Maintz started his teaching activities as an assistant to his professor David Geringas in his legendary Celloklasse at the Academy of Music Lübeck. After several years as an apprentice at the Academy of Music "Hanns Eisler" in Berlin, he was appointed to a professorship at the University of the Arts in Berlin in 2004 as successor to Wolfgang Boettcher.
His class is now one of the successful on an international level. Among his students, there are prize winners at prestigious international competitions such as the Tchaikovsky Competition (1st Prize 2015 Andrei Ionita), Internatinal Music Competition of the ARD, Grand Prix Emanuel Feuermann, Bach Competition Leipzig, Isang Yun Competition, Lutoslawski Competition, Enescu Competition, to name a few.
Many of his former students are holding important positions in leading orchestras, like at the Berlin Philharmonic Orchestra (1st Principal Cello Bruno Delepelaire since 2013), the Bavarian Radio Symphony Orchestra, the German Radio Symphony Orchestra Berlin and at the Staatskapelle Dresden .

Since 2017 he is also professor at the Escuela Superior de Musica Reina Sofia in Madrid.